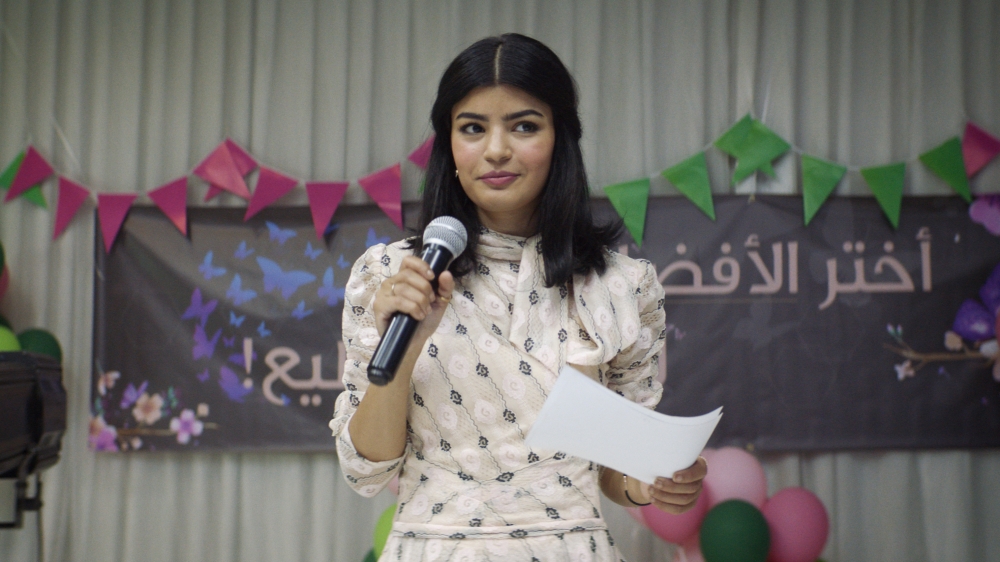 Al-Mansour’s second Saudi Arabian film may be mellow and straightforward in approach, but it is a step forward for the depiction of strong women in the country.

The first shot of this film sees a woman driving a car to work (this would have been taboo just 10 years ago, let alone shot by a female director).  She’s a medical doctor working in a small-town clinic that is desperately in need of a paved road leading to its emergency room.

She has to face with wheelchairs and stretchers getting stuck in mud.  One day this could turn fatal, and Maryam is intent on solving the problem… politically (and quite serendipitously so in a turn of events).

In a community where men control positions of power, for Maryam to run for the upcoming municipal elections is almost akin to myth-busting.  But she, as played by Mila Al Zahrani, whose performance balances between restraint and purposeful outburst, is not one to quit.

Some critics have suggested that the film is not substantial enough to produce any strong emotional impact—in some way this is true as Al-Mansour’s mellow and straightforward style does not really achieve a good measure of gravitas, but she makes up for it with her gentle observations of the female experience of daily struggles and discrimination, be it at the workplace or in the society.

The Perfect Candidate also concludes on an effective note inasmuch as it doesn’t need to rely on a ‘happy’ ending for it to work.  There is a sense of grace and quiet optimism that leaves the viewer with a mildly sweet aftertaste.