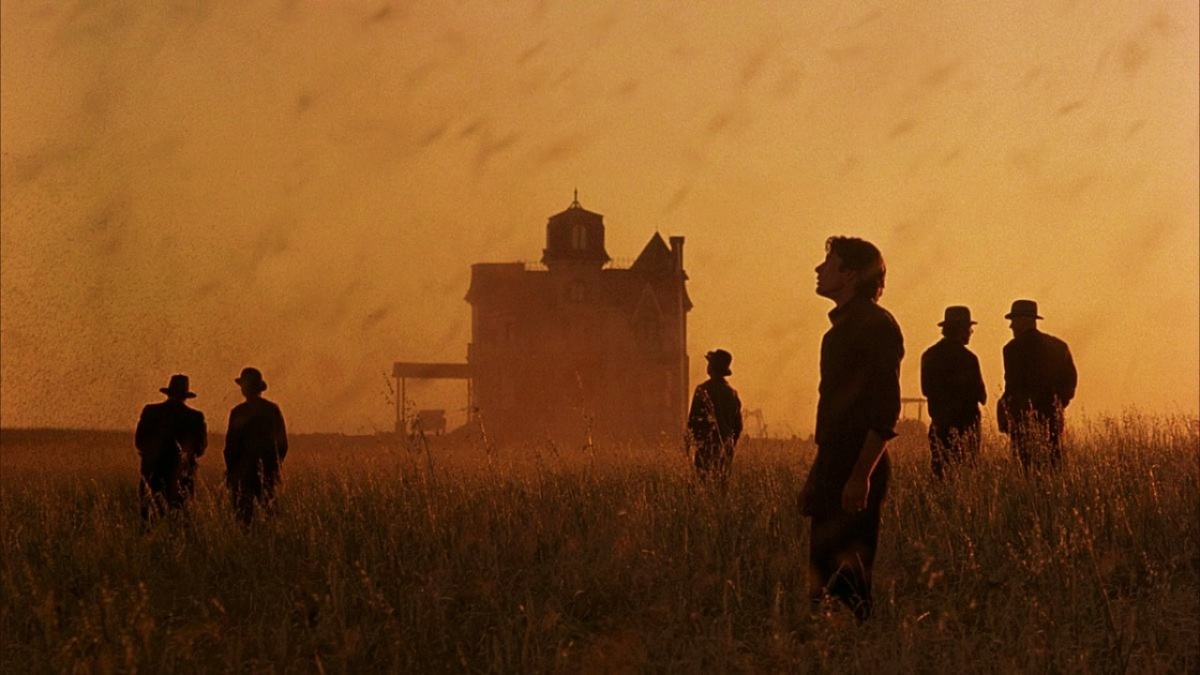 Malick’s second feature, an understated but contemplative effort, remains to be one the most beautifully shot films in the history of cinema.

Terrence Malick’s Days of Heaven is a remarkable film achievement though some say it is mostly for its stunning, Oscar-winning cinematography by Nestor Almendros.

Of all his films thus far (discounting his latest The Tree of Life (2011)), Days of Heaven is probably the best representation of Malick’s unique filmmaking style – the use of nature as an important backdrop that serves the function of thematically or metaphorically parallelizing with the film’s plot.

Days of Heaven is almost like a film reel of poetic images one after another, capturing the lives of immigrants as they travel to rural Texas by train to farm and harvest crops.

The film is narrated by a young girl called Linda, who appears on-screen only sporadically. She is an orphan, leading a nomadic life while observing human nature and interaction.

At the heart of Days of Heaven is a triangular love story involving two men played by Richard Gere and Sam Shepard, and a woman played by Brooke Adams.

“Nobody’s perfect. There was never a perfect person around. You just have half-angel and half-devil in you.”

The performances given by the main cast are un-dramatic; the emotions are muted and somewhat lacking in intensity, though they somehow fit with Malick’s unobtrusive, almost meditative style.

Even though it is fictional, Days of Heaven could have been mistaken for a poetic period piece “documentary” about the struggles of farmers and peasants as they work long backbreaking hours with almost nonexistent pay.

The slow and solemn music by Ennio Morricone gives the film a melancholic, nostalgic touch, describing an era that is lost forever to mankind, but aptly recaptured on film by the hands of a master filmmaker at the top of his game.

This is the rare occasion when cinematography singularly overwhelms every aspect of a film.  Everything else plays second fiddle, though on repeated viewings, Linda’s narration becomes more meaningful and deep.

There is a notable sequence two-thirds into the film – the locust attack – a natural phenomenon captured with admirable technique and is a mesmerizing blend of sight and sound.

Days of Heaven may be lacking in narrative propulsion (now considered a hallmark of the Malick style), but the quality of its visuals has rarely been surpassed.  This understated but contemplative effort remains to be one of the most beautifully shot films in the history of cinema.