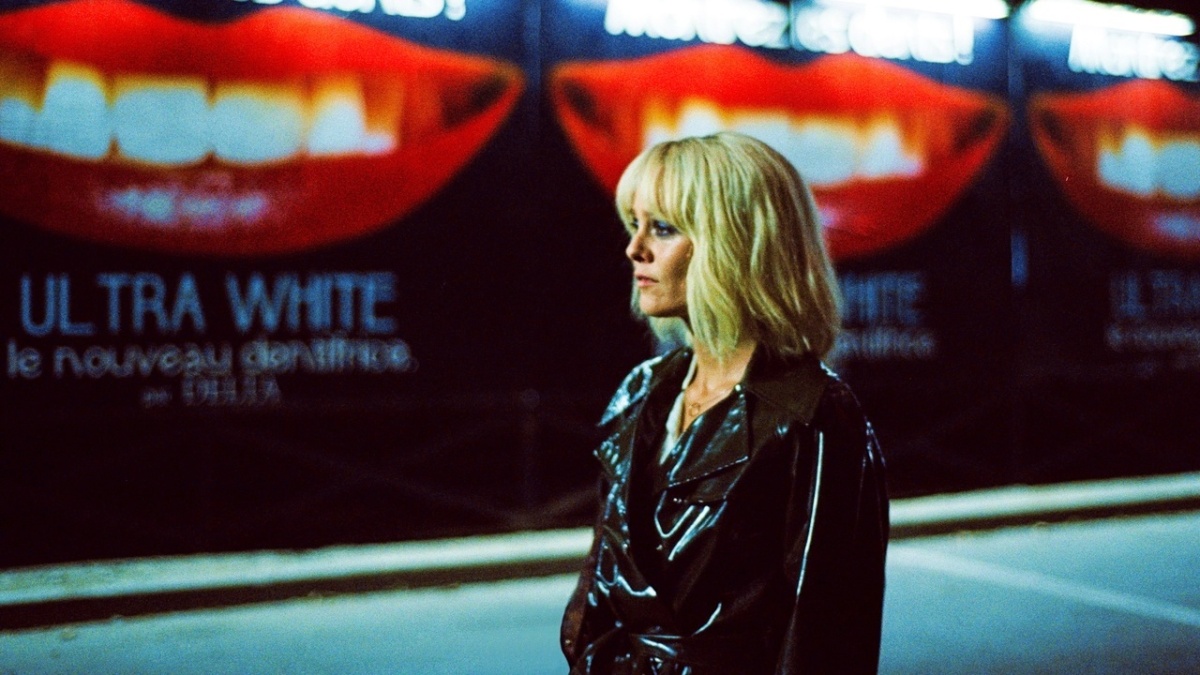 While some might accuse Knife + Heart of being all style and little substance, I think there’s enough in its narrative to suggest a more layered complexity.

In this sophomore feature, a follow-up to You and the Night (2013), writer-director Yann Gonzalez continues his penchant for stylish, provocative filmmaking that revolves around lust, desire, violence, carnality and naked bodies.

The other revolves around a serial killer on the loose, who is mysteriously targeting some of the cast members in Anne’s ragtag ensemble.

“Let me smell your skin one last time.”

Part mystery, part hallucinatory dive into the world of B-grade porn-making, Knife + Heart sees Gonzalez employ flashy cinematographic and editing tricks in the book that deliver a cinematic experience that is wildly intriguing, though it does seem at times to struggle to achieve emotional transcendence.

The film’s meta-filmic elements keep it fresh for the most part, with reel life converging with real life—its climactic sequence set in a movie theatre reminds me somewhat of this Spanish cult horror piece called Anguish (1987) which I saw many years ago.

I would probably describe Knife + Heart as a loose cross between the self-reflexive performativity of Olivier Assayas’ Irma Vep (1996) and something that, say, a provocateur like Gaspar Noe might have done.  It’s not great, but still fun.