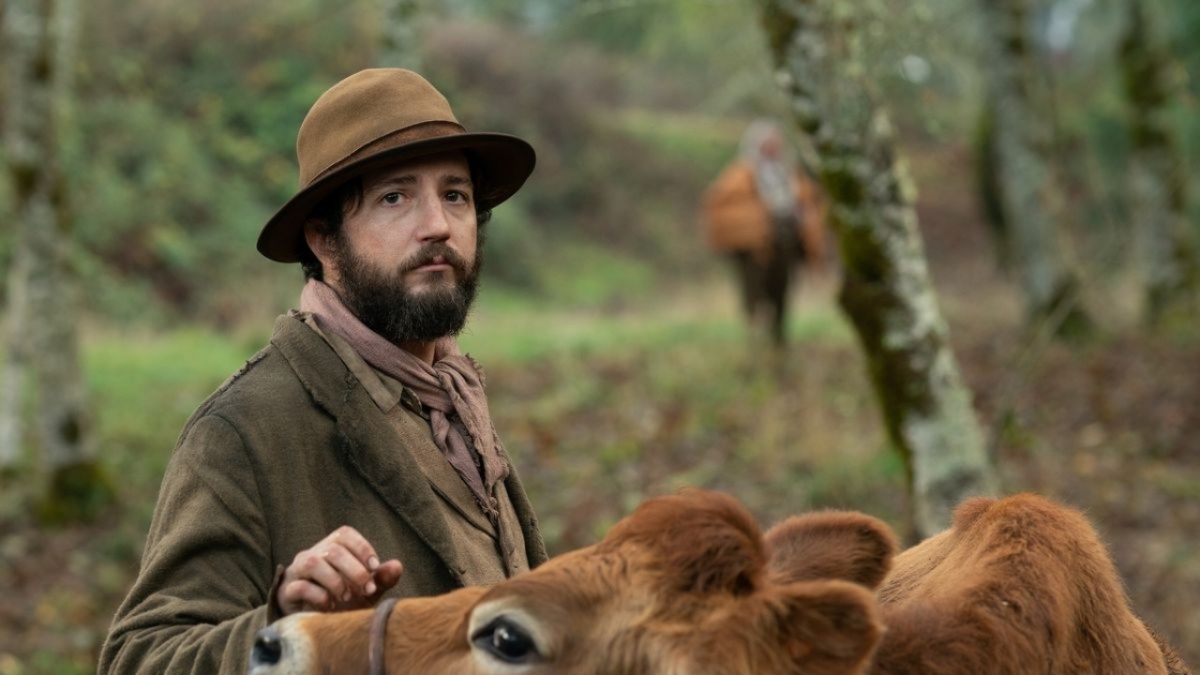 Reichardt continues to show why she is a master in making films where nothing quite happens, yet there is so much going on beneath the surface in this slow-moving if poignant tale of friendship between two men.

Cast: John Magaro, Orion Lee, Toby Jones
Plot: Two travelers, on the run from a band of vengeful hunters in the 1820s Northwest, dream of striking it rich, but their tenuous plan to make their fortune on the frontier comes to rely on the secret use of a wealthy landowner’s prized dairy cow.
Awards: Nom. for Golden Bear (Berlinale)
International Sales: A24

The more I watch Kelly Reichardt’s films, the more I find myself falling in love with her brand of cinema.  She’s to me one of the most important indie filmmakers to emerge from America since the mid-2000s with films such as Wendy and Lucy (2008), Night Moves (2013) and Certain Women (2016).

Her newest effort, First Cow, is another reminder of what an extraordinary filmmaker she is.  A poignant tale of friendship between two men, Cookie (John Magaro) and King-Lu (Orion Lee), First Cow is set a few centuries ago in the heart of America’s Oregon region.

Cookie camps out with a group of fur trappers as a cook, but becomes acquainted with King-Lu, a Chinese immigrant (who somehow speaks perfect English) on the run after shooting someone.

“We have to take what we can when the taking is good.”
“That seems dangerous.”
“So is anything worth doing.”

Feeling the spirit of entrepreneurship, they strike up a partnership selling freshly-made cakes (guess where the ingredient of milk comes from…) in a makeshift stall. With the prospect of the American Dream coming into sight, the duo, however, has to navigate obstacles that fall in their path.

It seems like there’s a fair share of plotting involved, which is merely an illusion, because under Reichardt’s hands, First Cow is best described as a film where nothing quite happens, yet there is so much going on beneath the surface. She’s a master in developing such a kind of cinema—minimalistic yet complex.

As I was watching First Cow, which features stunning cinematography shot in the 1.37: 1 Academy ratio, I was reminded of a similar experience seeing the films of Swedish great Jan Troell, particularly the epics The Emigrants (1971) and The New Land (1972), where the immigrant experience of 19th century America is chronicled both intimately and naturalistically, with its characters likewise navigating an unforgiving new world.