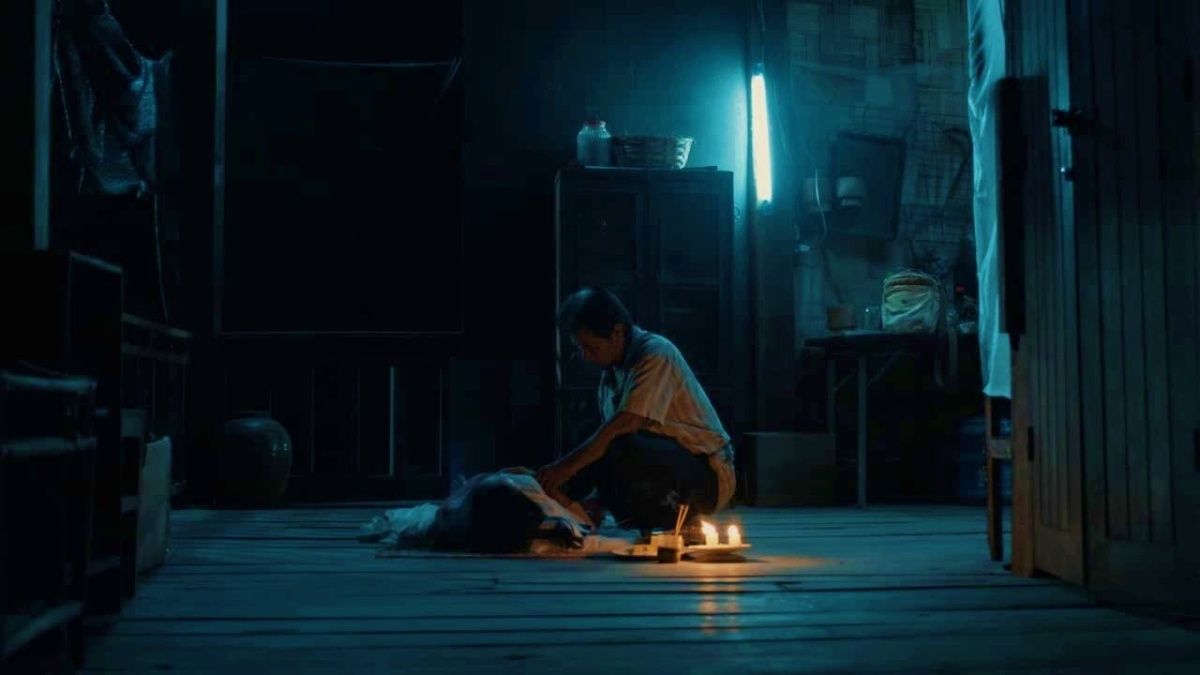 Mattie Do’s third feature might feel convoluted at times, but it is conceptually a largely fascinating sci-fi horror drama that explores personal guilt and regrets across time.

Cast: Yannawoutthi Chanthalungsy, Vilouna Phetmany, Por Silatsa
Plot: An old Laotian hermit discovers that the ghost of a road accident victim can transport him back in time fifty years to the moment of his mother’s painful death.
Awards: Nom. for Fedeora Award (Venice)
International Sales: 108 Media

Mattie Do’s third feature, The Long Walk, after Chanthaly (2012) and Dearest Sister (2016), is her most polished and mature work to date.  It is also her slowest film so far, but the deliberate pacing gives its complex narrative the heft it requires.

It might be too kind to describe her film as ‘complex’ though for it feels convoluted at times.  Still, if one were to invest in the characters’ intertwining stories, Do’s film can be quite rewarding.

In fact, as far as sci-fi horror dramas are concerned, The Long Walk is one of the most conceptually fascinating works of recent years, dealing with personal guilt and regrets across time.

An old man who can communicate with spirits becomes acquainted with a benign female ghost who is able to bring him fifty years back to when he was a kid living with an abusive father and a mother who was dying of a terminal illness.

With his younger self communicating with the same ghost, these two timelines merge in fluid ways, sometimes conflating physical and psychological realities together.

It’s quite a transfixing film—the more you buy into its ideas, the easier it is to forget trying to make rational sense of things.  If given the chance, would we want to go back in time to change things, to meet and mentor our younger self?

The Long Walk continues the Laotian filmmaker’s preoccupation with horror, but her films are not entirely horror in the commercial generic sense, though of course she readily employs familiar tropes and aural-visual techniques; instead, her works are about connecting with loved ones—whether they happen to be beyond the grave is no matter to her.