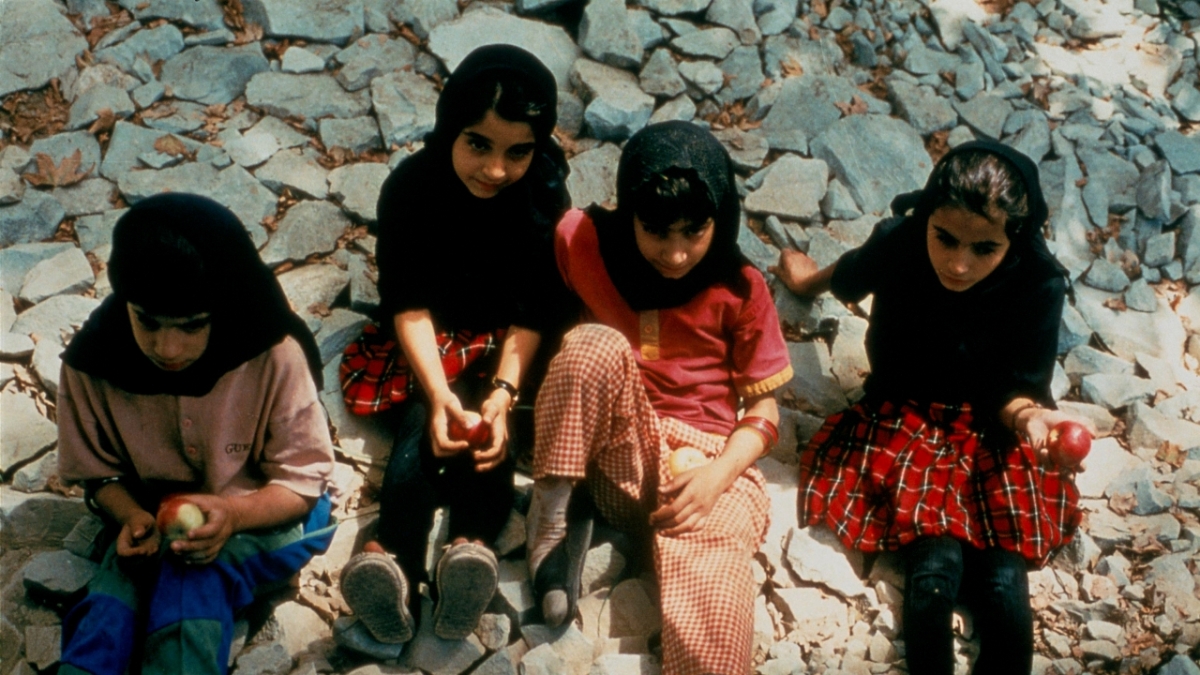 You wouldn’t expect this mature and revelatory work to have been directed by a 17-year old woman in Iran.

Stepping proudly into her father’s shoes, Samira Makhmalbaf directed her first feature, The Apple, when she was only 17.  With a script co-written by the elder (Mohsen) Makhmalbaf, one of Iran’s great filmmakers, The Apple premiered at the Cannes Film Festival, competing in its Un Certain Regard and Camera d’Or categories.

Although it didn’t win anything, the film has since been regarded as one of the modern cornerstones of the Iranian New Wave, together with such debut works as The White Balloon (1995) by Jafar Panahi, and A Time for Drunken Horses (2000) by Bahman Ghobadi.

If the younger Makhmalbaf’s involvement in The Apple feels like a revelation, wait till you learn the context behind the making of the film.

It is based on the true story of a father who kept his two daughters in the confines of their home for 12 years, only to be forced to release them into the outside world for the first time when social welfare workers decided to act on the complains of the neighbours.

And you won’t believe this: Makhmalbaf worked with the real-life family, casting them in her film.

Samira Makhmalbaf was able to shoot this film with film stock left over from her father’s film The Silence (1998).

In one of cinema’s great blurring of lines between fiction and reality, and in the tradition of Iranian cinema’s propensity for such melding of both worlds (best epitomised by Kiarostami’s 1990 masterpiece, Close-Up), The Apple gives us astonishing ‘performances’, particularly by Massoumeh and Zahra, who play the two girls in question.

They can’t speak and walk properly, and lack the emotional intelligence to navigate social situations—and these aren’t staged for the screen.  Instead, the screen serves as a mirror to their circumstance, as they discover their newfound freedom while at the same time bearing the courage to re-enact their past trauma (with their real-life dad).  If this isn’t the embodiment of pure cinema, then I don’t know what is.

A film about living in a patriarchal society where women have no bargaining power, The Apple does reflect social conditions with authenticity.

However, it goes further by positioning the woman as a person of agency, be it in representation through, for example, the film’s female social welfare worker and her authoritative treatment towards the father; or, through the two girls as they are physically and psychologically liberated from captivity.

Samira Makhmalbaf, in the process of making this film, also liberates herself from the barriers of age and gender, proving that no matter how restrictive or censorial a country is, art is the rebel’s goldmine.