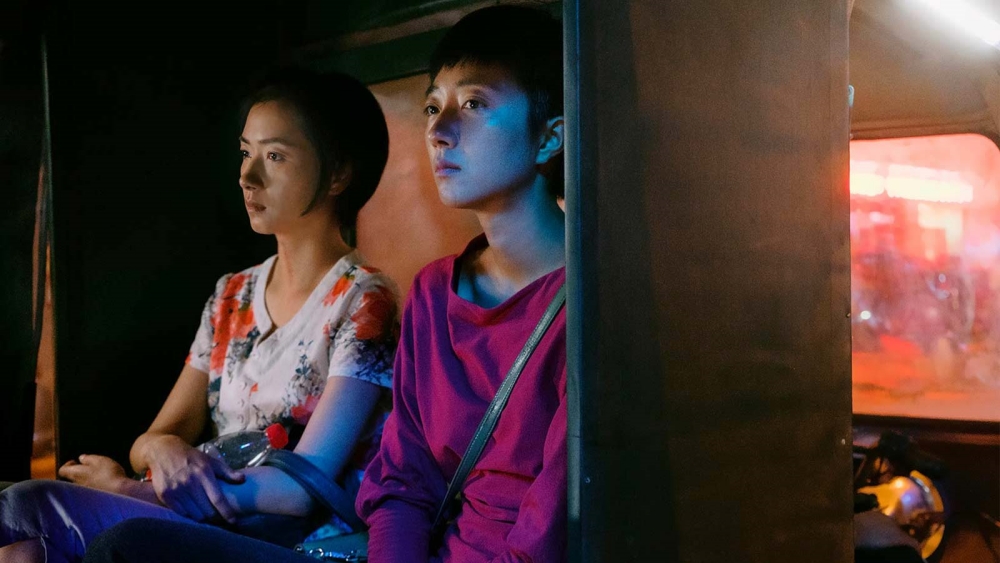 A stylish work with visual flourishes and audacious, violent set-pieces, but this ‘killer-on-the-run’ effort by the promising Diao Yi’nan seems fated to fall flat in its storytelling as it progresses.

Cast: Hu Ge, Kwei Lun-Mei, Liao Fan, Regina Wan
Plot: A gangster on the run sacrifices everything for his family and a woman he meets while on the run.
Awards: Nom. for Palme d’Or
International Sales: Memento Films

I became a fan of Diao Yi’nan after seeing Black Coal, Thin Ice (2014), which won the Golden Berlin Bear, and sure enough, I was eagerly awaiting his next film.  Now having seen The Wild Goose Lake, I can’t help but marvel at his new work while feeling disappointed at the same time.

The film follows the well-worn ‘killer-on-the-run’ formula but complicates it, if enticingly at first, to give us a moody, even noirish, treatment that is marked by dilemmatic scenarios that force the lead character, Zhou Zenong (Hu Ge), into an existential crisis.

Zhou wants to turn himself in, but only for the right reasons, yet he is burdened by the fact that the police and local rival gangs want his head.  Kwei Lun-Mei, who was also in Diao’s previous film, has a meaty role as a mysterious stranger with some personal stake in Zhou’s fate.

The director’s stylish filmmaking remains intact, with strong attention to the play of light and shadow.  His precisely-controlled ‘action’ set-pieces that end with audacious violence are to be seen to be believed, particularly one involving an umbrella.

However, The Wild Goose Lake seems fated to fall flat in its storytelling as it progresses because several successions of scenes don’t quite follow any narrative logic.

It can also be difficult to invest emotionally in the characters because personal stakes aren’t that well-developed, so the tension that was so palpable in Black Coal, Thin Ice is sorely missing here.  It’s a stylistic exercise at best.