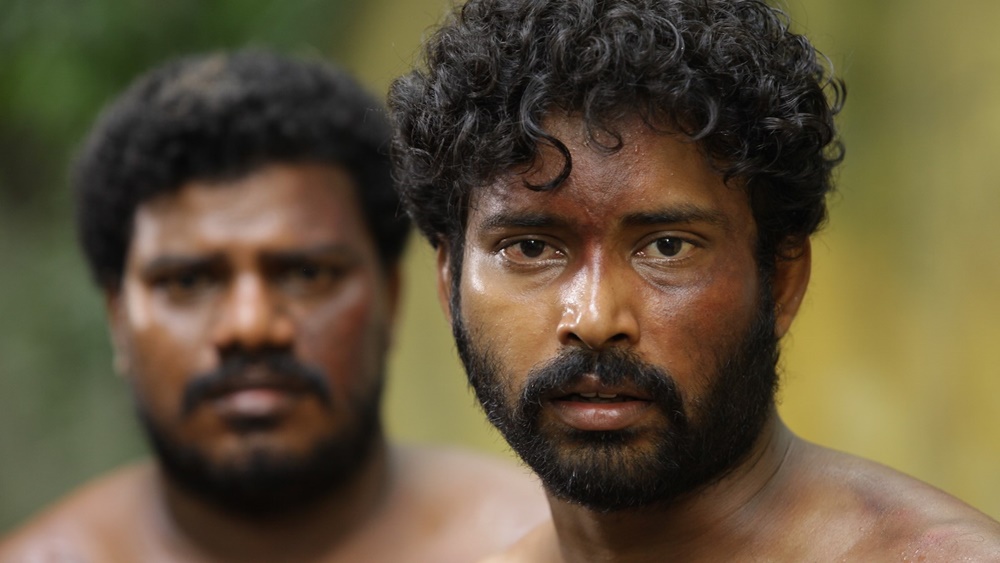 A hard-hitting drama about police brutality and corruption in India that is essential viewing.

Apparently, this is the first ever Tamil movie to compete at the Venice Film Festival, in the Orizzonti section.  It is also one of the few Tamil films in recent years to have sparked public outrage in the topical area of police brutality and corruption.  Netflix picking the title up has also exposed it to a wider international audience than it would have been if it had only screened theatrically in its home market.

Interrogation (or Visaaranai) is certainly essential viewing, and a very good introduction to post-2010s Tamil cinema that is slightly less mainstream.  It is still highly watchable and accessible to general audiences, and no doubt a powerful work that will leave most reeling in their seats when the end credits roll over.

Centering on a small group of Tamils (from Tamil Nadu) working as odd-job labourers in the city of Guntur, who inexplicably get ‘arrested’ by the local police and are locked up.  They are not told of the reason initially, and are beaten and tortured in hopes that they would accept the ‘charges’ levelled at them.

It can be difficult to watch at times, but through the assured and un-sensationalistic direction by Vetri Maaran, we get to experience a hard-hitting drama with strong human emotions, conveyed with vividness by the able cast, whether is it scenes of them screaming in pain, or the constant fear of being implicated even when things seem to appear fine.

A film of two halves that is split by a courtroom scene that acts as some kind of plot-based segue, Interrogation reveals deeper layers of corruption, all involving high-level politics, in its later half set mostly in a police station.  As the circumstances that the unfortunate labourers face become tenser, we go into rather disturbing territory in the climax.

Efficiently shot while also establishing dramatic clarity, it is hard to believe that the film is based on a true case, which makes it all the more harrowing to watch.  The film’s co-writer is Chandrakumar, an auto rickshaw driver who tells of his experiences from more than 30 years ago, based on his novel, Lock-Up.