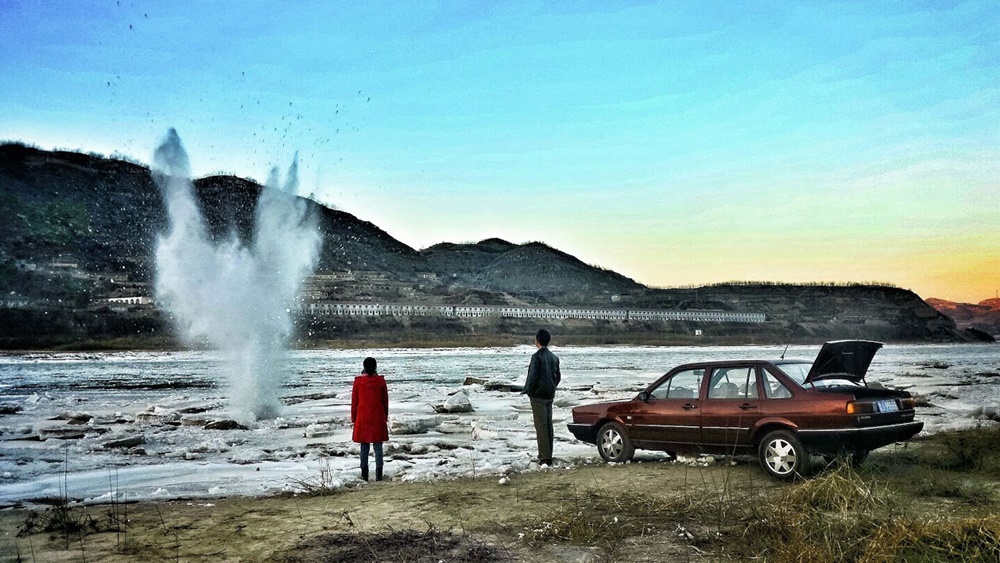 Jia Zhangke returns to form in this superior drama about the ties that bind us together, even if we scatter like fireworks.

This is probably my favourite film that I have seen at the 26th Singapore International Film Festival. After the uneven if ambitious A Touch of Sin (2013), Jia Zhangke returns to form with another sprawling drama, this time spanning across three decades – 1999, 2014 and 2025.

Critics continued their mixed reaction with Jia’s follow-up, citing the 2025 segment (shot largely in English with Chinese actors) as weak. While I think that is so, though only comparatively with the preceding two outstanding segments, I feel that Jia wraps the film quite perfectly, coming full circle both narratively and tonally with his closing scenes.

Mountains May Depart stars Jia’s wife Zhao Tao as a middle-class woman who has two suitors – a simple, no-frills coal miner worker, and a rich, jealous business man. The lives and fates of these three characters play out through the film, while new characters are introduced at certain junctures.

“The hardest thing about love is caring.”

The drama mainly revolves around Tao, whose life journey becomes the center of tension and reconciliation, as a lover, wife and mother. Her performance is impressive, emotionally strong but also tender. The second 2014 segment in particular sees her deliver some of her best work.

Jia’s recurring use of the Cantonese song ‘Take Care’ by Sally Yeh is suitably poignant, underscoring a sense of nostalgia, memory and passing of time. Moreover, his trademark setting of the drama against the beautiful semi-rural landscape of a slowly industrializing town continues his engagement with the old and the modern, through locales like train stations, historical architecture, and lonely mountainous roads.

Themes such as Americanization (the third segment is an explicit if ironic manifestation of this), consumerism and capitalism are placed against the belief that ties (be it of familial or geographical lineage) which bind us together are often the strongest marker of our connection to not just where we come from, but also who we are.

If your ears are sharp enough, you will hear fireworks as part of the film’s sound design – this is Jia saying that even if we scatter, we ought to try to matter. While Mountains May Depart may have its flaws, it is unapologetic and proud of its pedigree.