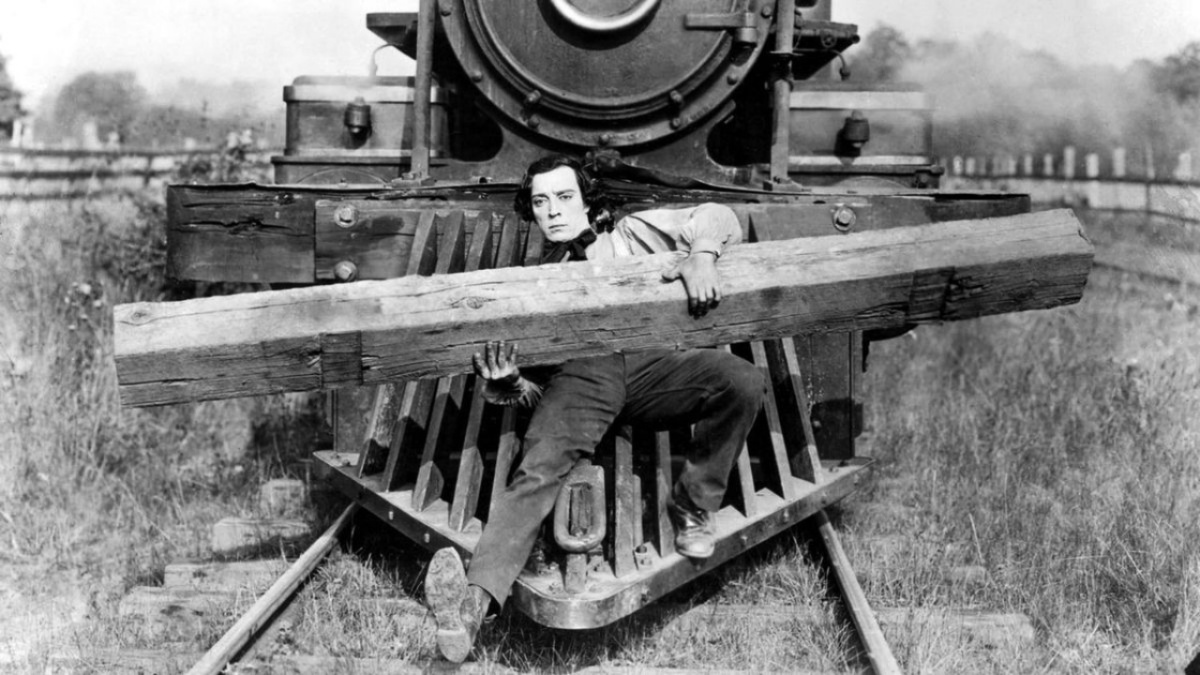 Possibly Keaton’s best-known work, this silent comedy about a railroad engineer desperate to recover his stolen locomotive behind enemy lines during the American Civil War features some of the medium’s most inventive action scenes with trains.

Cast: Buster Keaton, Marion Mack, Glen Cavender
Plot: After being rejected by the Confederate military, not realizing it was due to his crucial civilian role, an engineer must single-handedly recapture his beloved locomotive after it is seized by Union spies and return it through enemy lines.
Awards: –
Distributor: Cohen

I’ve already been dabbling in cinema for fifteen years, but there are still ‘firsts’ yet to be unlocked.  This is one of them—my first ever Buster Keaton movie, thanks to MUBI for helping me to tick this checkbox.

I’ve heard so much about The General, which is possibly Keaton’s best-known work, from it being a bonafide silent comedy classic to, at least from a personal level, having listened to the score created by Joe Hisaishi for a version produced in 2004.

Keaton plays Johnnie, a Confederate railroad engineer who, according to the film’s early title card, has two loves: his engine and… a woman he has a crush on.

As economically told a tale as you can get, The General brings ‘woman’ and ‘engine’ together in a journey where Johnnie must save the day.

“I don’t want you to speak to me again until you are in uniform.”

The setting is the American Civil War—a group of Union spies have stolen Johnnie’s locomotive, hoping it would alter the outcome of a prospective battle, but oblivious to the fact that Johnnie’s romantic interest is onboard the train.

The context of the civil war aside, which is a touchy subject for some American critics, The General is best experienced as an action-comedy, where it features some of the medium’s most inventive—and effortlessly mounted—action scenes with trains.

Trains hurtling forwards, reversing, a few near misses, plus a set piece with a bridge (Lean’s The Bridge on the River Kwai surely owes a great debt to this) adorn a largely fast-paced and riveting work.  The General is essential viewing for anyone exploring the early American silent classics.