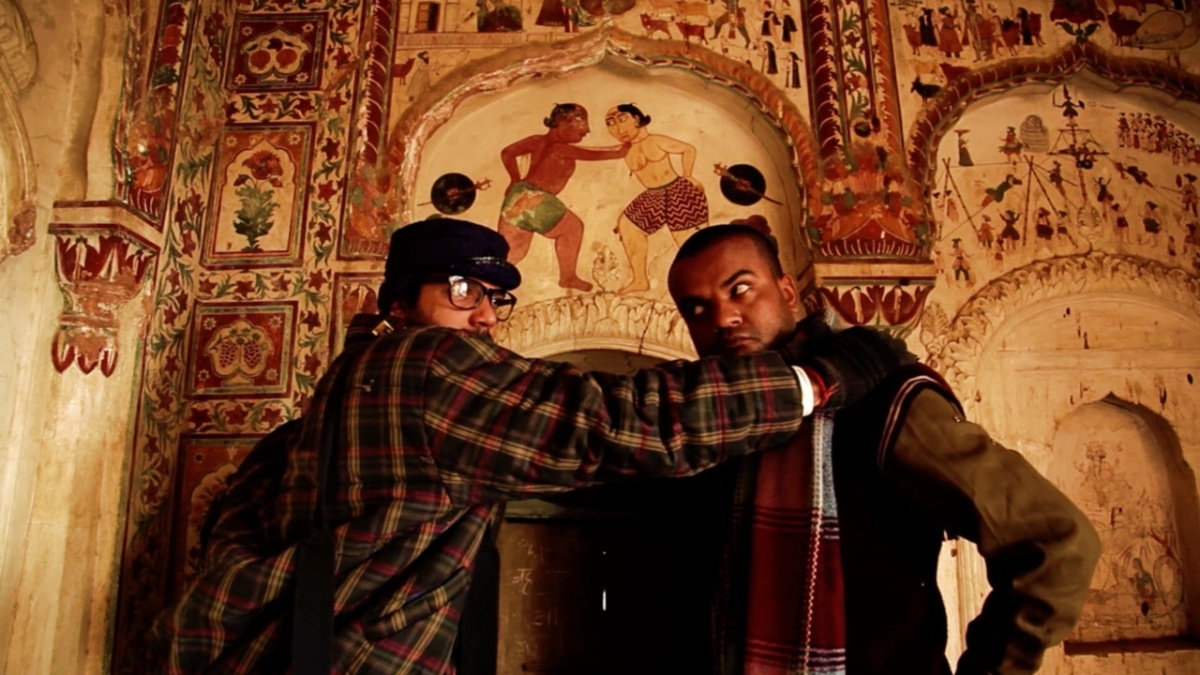 Cast: Nitin Goel, Gagan Singh Sethi
Plot: Two travellers are in search of a flying-craft, which one of them thinks is made by a mad engineer whom he recollects from his childhood. They believe that if they can find the craft it could possibly take them to the ultimate escape from the cycle of births.
Awards: Nom. for Orizzonti Award (Venice)
Source: Sudoor Sahkaar

So far for Indian avant-garde filmmaker Amit Dutta, I’ve seen Ramkhind (2001), an interesting ethnographic documentary about the Warli tribe in India, and Nainsukh (2010), a work of astonishing poetic and sensorial experience.

Sonchidi is my third Dutta feature, though at 55 minutes one might consider it a medium-length film instead.  Despite its shorter length, the film is more meandering than usual.

Its unusual sci-fi concept, fascinating surely as a logline, becomes a repetitive, almost mechanical-like, trope revolving around ideas of time, memory and dreams.

Perhaps the scene that best emblemises this is a long take that sees the two main characters—travellers it appears and with a sound recorder in hand—endlessly circling the upper-floor corridor of a house that overlooks a mountainous region.

It is hinted to be a childhood space as Dutta conflates past and present artfully through editing, but it is difficult to feel any sense of poignancy or any real emotions at play.

As the duo speak about their memories, they remember—or perhaps imagine—a man from the distant past who was crazy enough to build a flying craft in order to escape the human realm in search of the true meaning of his existence.

That’s the sci-fi part, though Dutta is also conscious of his sound design, which is extraordinary, particularly how he employs a low, vibrating frequency to imitate a spaceship hovering nearby, one that lasts for long stretches in the film, even as the two men visit other spaces, some seemingly enclosing a deep sense of myth and history.

It is this interplay of space as past and sound as future—and time as the bridge between both—that holds much promise, but somehow I can’t quite connect as deeply with the film as I would like.