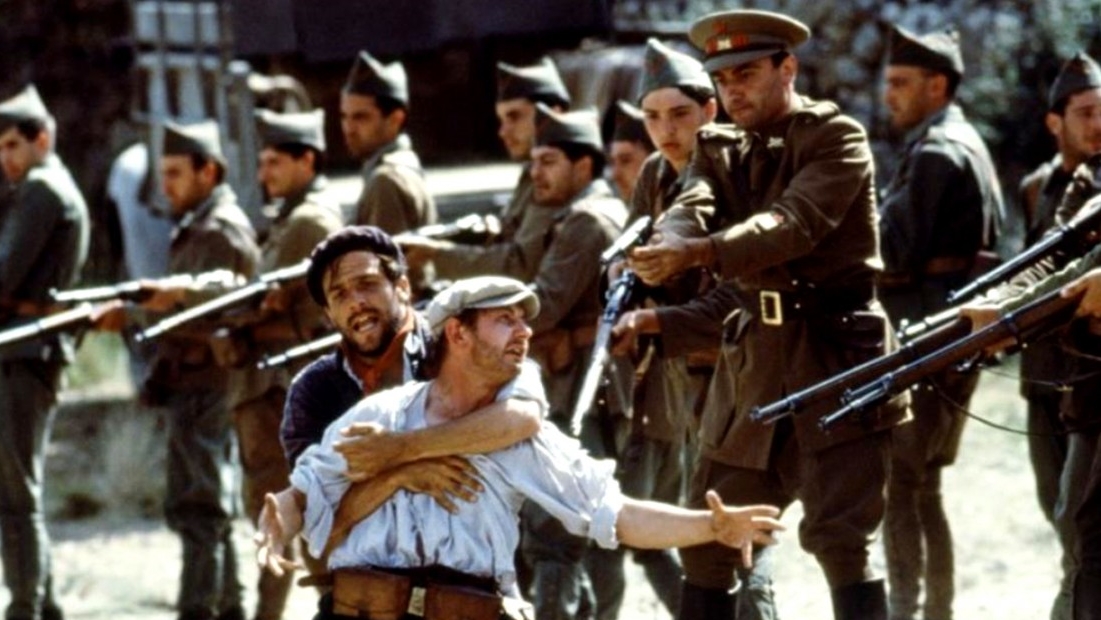 Loach tackles the Spanish Civil War with aplomb in this unique war film that is not about war itself but the battle of ideals and minds.

In Ken Loach’s illustrious filmography, Land and Freedom stands as one of the best works of his ‘90s period.  It is also one of the few films that tackles the Spanish Civil War head-on with little allusion to allegory, which is oftentimes the subtler mechanism in which filmmakers (particularly the Spanish) impress their narratives on.

Here we have arguably Britain’s greatest living director working on a subject matter far removed from the social realist pictures about his country.  Politics, of course, is still the name of the game.

Starring Ian Hart as David Carr, a Briton who decides that he must fight with the rebels in Spain against the military dictatorship of General Franco, Land and Freedom is a war film that is not about war, but the battle of ideals and minds.

The setting is pre-WWII, where the world would see irreversible consequences and seismic changes in power dynamics.  But in the countryside of sweeping golden land and villagers caught in the maelstrom, Loach tries to dissect the ideals and perspectives of fighting for a cause.

In the film’s centrepiece debate on collectivization running nearly fifteen minutes, such idealism and values are laid on the table (literally a feisty roundtable contest for thought-legitimacy).

There’s infighting of course, with the injustices of foul play and taking of political sides leading to life-and-death scenarios that are sharply ironic and infuriating to watch.

Loach makes us feel all their agonies—the pain of loss, the suffering for one’s ideals, and worst of all, the betrayal of one’s loyalty to a cause.  The screenplay is written by Jim Allen, who collaborated with Loach for Hidden Agenda (1990) and Raining Stones (1993).

Structured as a long flashback with intermittent snippets of the present where Carr’s granddaughter discovers old letters and news cuttings of her deceased grandfather, Land and Freedom is also about a period in history lying at the precarious edge of becoming a mere footnote.

There is a lot to dig up, stories to be told about the Spanish Civil War.  While Loach’s film is not the most definitive screen representation on the subject, as an outsider he tackles it with aplomb in the mould of an unconventional war film where words hurt as much as bullets.