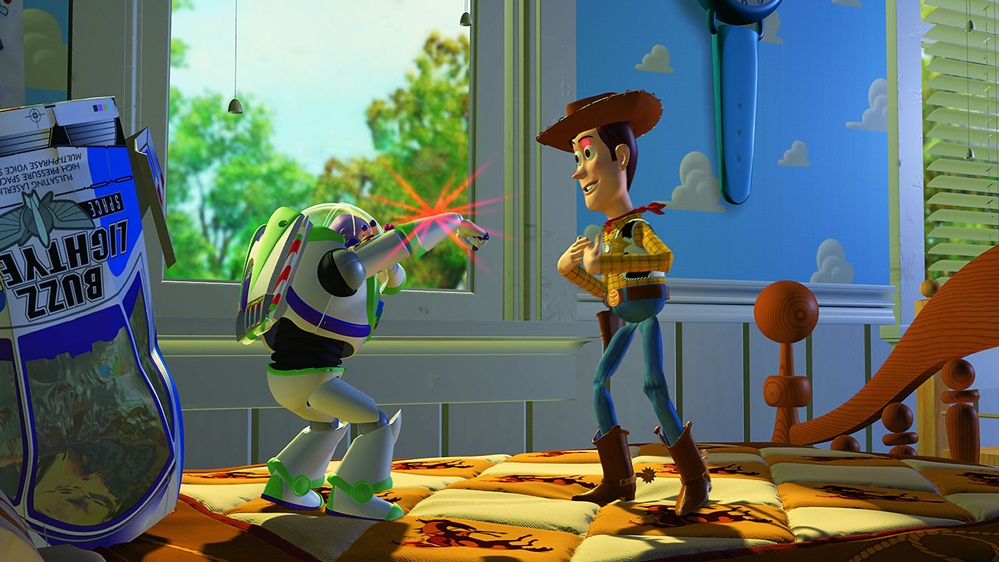 An instant classic – without Pixar’s first breakthrough hit, there wouldn’t have been CG animation today.

1995 was the year that changed the face of animation forever. Toy Story may now be remembered by fans as the first Pixar film to be released. But more importantly in the history of cinema, it was also the first feature length film to be completely ‘shot’ using CG technology.

Despite the huge amount of painstaking effort needed to render each frame and character movement to an incredible level of realism, it is the film’s story that continues to captivate and inspire viewers, instead of the cutting-edge technology used by animators in the film.

After 15 years at the forefront of animation, Pixar’s glowing reputation still remains strong, if not stronger with every new film. Their successes over the years owe a great debt to Toy Story, the film that emphasized on identifiable and endearing characters, and a great story. It is these positive attributes that have since become the hallmarks of every Pixar film.

Director John Lasseter and his close group of writers including Andrew Stanton (Finding Nemo, 2003; Wall-E, 2008) and Pete Docter (Monsters, Inc. , 2001; Up, 2009) deliver a highly original tale of action and adventure, basing on the concept that toys can come alive whenever their owners are, well, literally out of the picture. This concept holds limitless possibilities, with the marriage between itself and Pixar’s enviously large reserves of creative juices a dream come true for film buffs.

“Hey, Buzz! You’re flying!”
“This isn’t flying, this is falling with style!”

Woody (Tom Hanks) and Buzz Lightyear (Tim Allen) realize they need each other after initial animosity rooted in jealousy started by the former caused them to be exposed to the harsh reality of the outside world as characterized by a sadistic, toy-torturer boy called Sid, huge trucks, fast-moving cars, and other perils while they reach for a common goal, which is to get back to Andy, their owner who deeply misses them.

Toy Story is witty, intelligent, and exceeds the standard that qualifies it to be a great animated film, that is, it appeals to both children and adults. While children will be immersed in the assortment of delightful characters and stunning visuals, adults will find tongue-in-cheek references to films such as William Friedkin’s The Exorcist (1973) and John Carpenter’s The Thing (1982) simply hilarious.

Toy Story has been labeled an instant classic when it was first released and quite deservedly so. It is a milestone in animation filmmaking; it does not merely give us a taste of what Pixar is all about, but a sumptuous buffet feast that remains in the top-tier of Pixar’s award-winning menu.