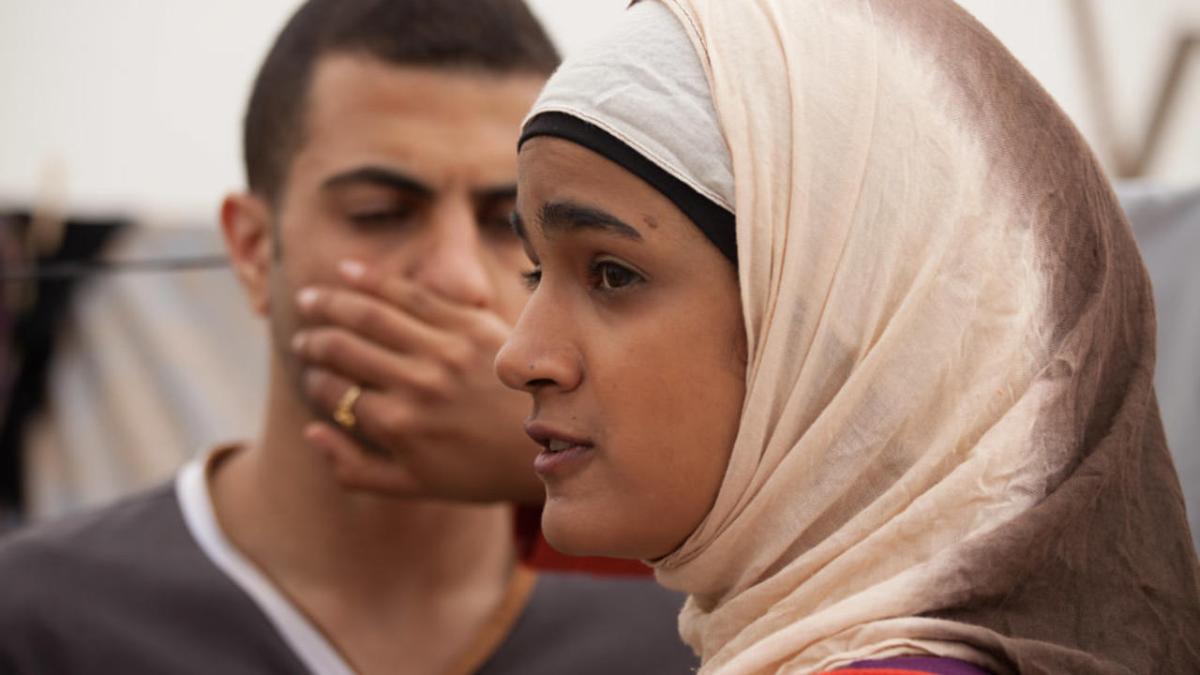 A modest but effective Sundance award-winning drama about patriarchal conservatism rearing its ugly head as an older Bedouin daughter in a traditional Arab family awaits her fateful future.

Winner of the Sundance Grand Jury Prize in the World Cinema Dramatic category, Sand Storm comes with a fair bit of critical buzz.  While it is not a great film, it is excellent as a debut feature from Israeli writer-director Elite Zexer.

It is rather uncommon for Israeli filmmakers to tell the stories of Arabs on the latter’s own terms, but in Sand Storm, we get an empathetic take on the perennial issue of patriarchal control over women in the family and larger community.

I say perennial because there is a sticky amount of conservatism in the thinking of the male head of the family, who is part of the larger community of Bedouins living in the desert outskirts of an Israeli city.

Zexer focuses on the women, particularly the first wife, Jalila (yes, the husband takes a second wife in the beginning of the film in an elaborate wedding celebration), and oldest daughter, Layla, both played convincingly by actresses Ruba Blal and Lamis Ammar respectively.

Layla is in love with an Arab boy, but her father severely disapproves, and in order to save his face in the eyes of his male relatives and friends, he is forced to do something against the wishes of Layla.

A modest but effective picture about gender oppression in the modern world, Sand Storm will be a familiar sight to those who have dabbled in Middle Eastern cinema.

In terms of style, cinematography, or storytelling, there is nothing groundbreaking or complex here, but Zexer’s work speaks for itself through its ‘women in film’ themes, which are handled with assurance and emotional sincerity up till its affecting final scene.