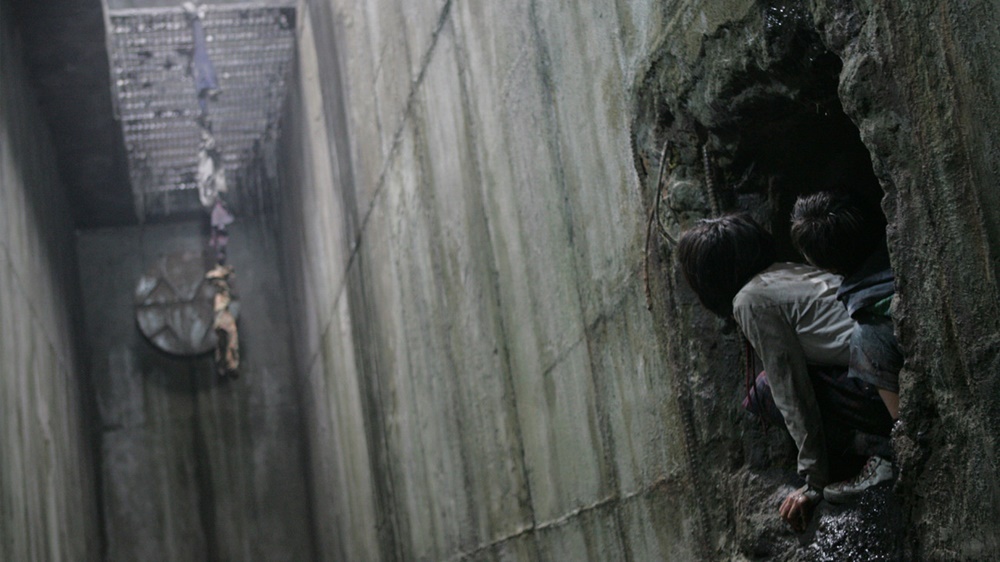 A breakthrough for Korean commercial cinema, Bong’s versatility with the action-horror genre here is obvious. 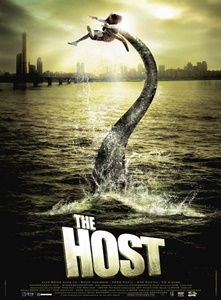 Only Bong Joon-ho’s third feature film after Barking Dogs Never Bite (2000), and Memories of Murder (2003), The Host broke new ground in Korean cinema midway through a phenomenal decade that showed the world that Korean filmmakers not only were the torchbearers of Asian cinema riding into the 21st century, but also had what it took to challenge the very best of films from the West.

In the tradition of monster pictures, a sub-genre of horror, The Host oozes familiarity yet feels strange at the same time. Set in our day and age, the film is about a huge creature that surfaces out of Seoul’s Han River to attack humans.

A prologue sequence indirectly explains the origins of the massive grey blob that looks like a squid monster, which is the result of a mutation of a water organism caused by toxic chemicals released into the river by an American military base.

Bong’s film is the contemporary answer to Ishiro Honda’s Gojira (1954), and George Romero’s Night of the Living Dead (1968). A reactionary film to both, but not limited to, political and social issues, The Host makes use of the “squid monster” as an allegory of xenophobia, and more uncomfortably, as a symbolic representation of “the ugly Man”, who is a thoughtless polluter, a greedy consumer, and a selfish individual.

In one scene, the monster throws up and out comes the bones of human remains, a powerful image which puts picture to the words “the ugly Man”. It all starts with the misappropriation of a man’s action, which causes a reaction (that of the emergence of the monster), and consequently, leads to a series of actions and reactions, or in some instances, non-actions and non-reactions, that reveal the very nature of Man’s behavior at the individual and societal level.

For the latter, Bong portrays the Korean authorities as overly paranoid, and to a certain extent, schizophrenic. Worse, they seem to be ignorant of the plight of victims who are captured by the monster; instead they choose to isolate them for fear of contracting a potentially fatal virus (SARS anyone?).

In a later scene, the US government intervenes and releases lethal fumes called “Agent Yellow” around the Han River to the chagrin of local protesters who stand united in chorus against its careless discharge.

Bong Joon-ho designed all of the creature’s movements. He compared it to directing an actor.

One of two victims who are still alive in the monster’s lair, a big sewage construct, is the daughter of Gang-du (Song Kang-ho), the film’s lead character. Gang-du has to save her daughter after an unexpected phone call by the latter convinces him that she is not dead.

Bong paints the individuals in a different light; Gang-du and his remaining family must overcome their personal weaknesses to try to mount a rescue effort even as the authorities (and the monster) “hunt” them down.

The Host is beautifully shot with a distinctive and composed visual style that Bong could call his own. His excellent sense of mise-en-scene might seem a trifle odd when combined with the somewhat intentional B-grade monster effects, but the strangeness is more positive than not. The mix of horror and comedy allow the film to be taken less seriously, but at the expense of the viewer’s ability to feel very strongly for any tragic development in the film.

It may be Bong’s most commercially successful film to date, but The Host is not his best work. Generally entertaining with some moments of genuine suspense, this monster flick remains to be one of the finer modern examples of its sub-genre.