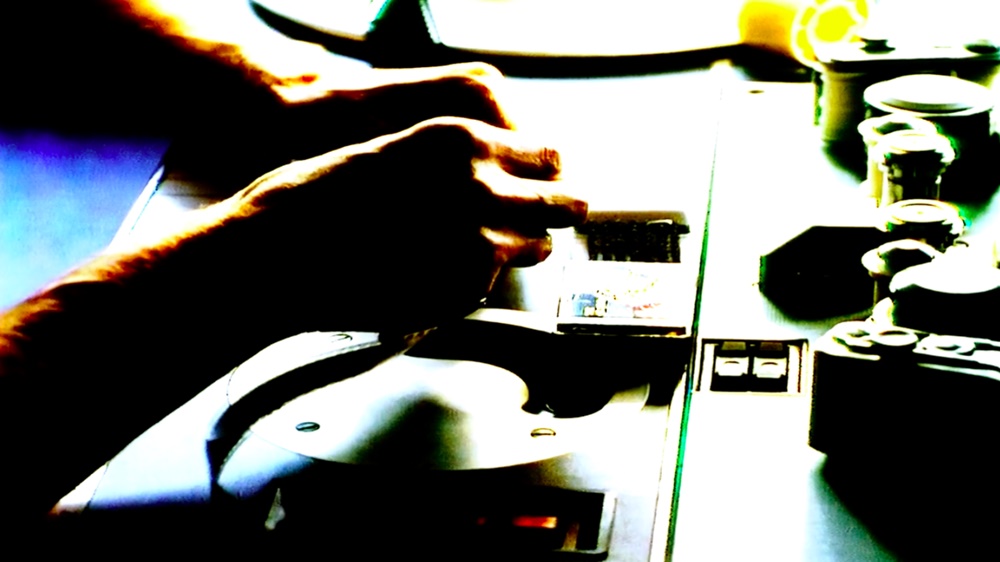 As esoteric and fragmentary as one would expect from late career Godard—trying to say something about the world by being impenetrable.

Cast: –
Plot: Nothing but silence. Nothing but a revolutionary song. A story in five chapters like the five fingers of a hand.
Awards: Won Special Palme d’Or (Cannes)
International Sales: Wild Bunch

If one were to profess liking The Image Book, it might not be unreasonable to think that the same person would enjoy breaking a fully-completed jigsaw puzzle into its fragments.

There’s a certain thrill in doing so, a certain rebellious tendency to deconstruct perfection, and Jean-Luc Godard, the granddaddy of such a form of radical, experimental filmmaking, and perhaps being much more an enigma than he was in the heyday of ’60s French New Wave, returns to show us the state of the world by being fascinatingly if also frustratingly impenetrable.

For one, the English subtitles are incomplete, which begs the question: is it intended to baffle the international audience, whilst French-speaking folks lap up, albeit with great amusement, Godard’s philosophical musings.

Is The Image Book intended to be French in text, and the wide world in images, as literally prefigured by its French title, chapter headings and narration, while a primary use of shots from famous films spanning across history and geography provide a continuous stream of visuals?

Godard spent a few years developing this project – he was 87 when it premiered at the Cannes Film Festival.

The Image Book is broken into several chapters that are assembled with the most precise of editing tricks.  Had it not been made by Godard (who also served as editor), would it have been derided by critics for being too esoteric and pretentious; but because it had been made by Godard, would it have been unnatural not to laud its artistic abstraction?  One thing’s for sure: cinephiles will have a field time identifying the films where shots had been used.

Godard playfully manipulates existing sounds and images, such as aspect ratios, asynchronous sounds and colour grading etc., and cutting each image and sound off earlier than expected such that whenever a series of shots are left to elongate in its durée into scenes, or that we finally hear a recurring piece of piano motif in its entirety, we could be witnessing moments of faux-perfection.

The Image Book somehow veers from a mostly Eurocentric theme centering on the politics of institutionalised violence and control, into Arab territory in the latter half, which in itself is a curious note.

Notably, Godard shot some scenes seemingly far away from France, which are beautiful and left as they are in their purest state as if to make the point that the historical baggage of humanity’s art, while revealing of Man’s conscience through time, has also been destroyed by his very lack.